Wikipedia can be a fun and interesting place. In addition to the nearly 6 million articles, it can sometimes take on the role as a social media network, and other times act as a forum for harassment. Love it or hate it, chances are that you won’t go through life without using it.

I spend a lot of time on Wikipedia since it’s what I do for a living. I have seen quite a bit, but one of the most interesting things is its list of unusual articles.

Wikipedia has tough guidelines for inclusion. However, sometimes even the strangest things meet those criteria. Here is a list of some of my favorites. Enjoy the read.

Yes, Wikipedia has a page for “intentionally blank pages.” You would think this one would be self-explanatory, but Wikipedia has dedicated an entire page to it. Apparently, we need to understand their purpose (or at least Wikipedia editors believe so).

Pages left intentionally blank have different reasons for existing; including in standardized testing, sheet music, and classified documents. If you are unsure of each reason, Wikipedia helps explain it all.

I am assuming that in 1278, a name like John le Fucker was not out of the ordinary. After all, his last name didn’t become profane until the 1400s.

It is disputed that his surname is the earliest use of the word. However, many believe the last name was a derivative of “fike” or “fyke,” which would translate his full name to “John the Fidgeter.”

Either way you look at it, just be happy you are not one of his offspring. Better yet, be thankful you’re not related to his countryman, Roger Fuckebythenavele.

Believe it or not, the Waffle House index is a real thing. Used by the Federal Emergency Management Agency as a metric for disaster recovery, it determines how bad of a disaster hit a specific region based on local Waffle House restaurants being open or closed. 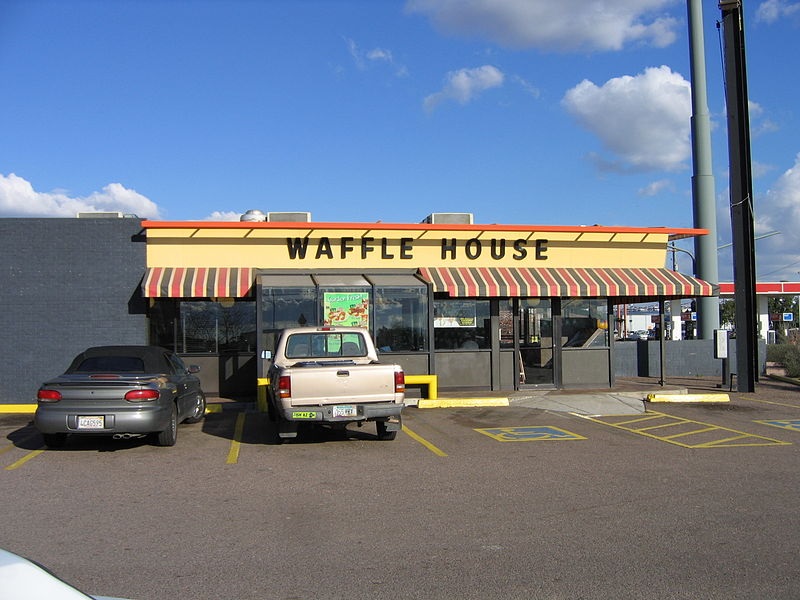 As Waffle House restaurants are generally open 24 hours regardless of weather, using their closing as an indicator may be a brilliant idea.

There are three levels that indicate the level of disaster. Green means there is a full menu while yellow means there is limited or no power. The “red” indicator means restaurants are closed which is not a good sign for the region.

You would think that an agency that evaluates and responds to major disasters would use a more technical indicator; but whatever works I guess.

Apparently, people use names of pets to attempt to get degrees from colleges and universities that run “diploma mills.” Seems like people have too much time on their hands if they want to subject their pets to uncovering degree fraud. However, it has led to some good.

In 2014, a cat named Colby Nolan was awarded an MBA from a university. This led to the school being sued by the Pennsylvania attorney general’s office.

Not sure why anyone would care about a phone booth? However, this one in the Mojave Desert garnered a lot of press over the years. It was the location of the phone booth that drew so much attention. 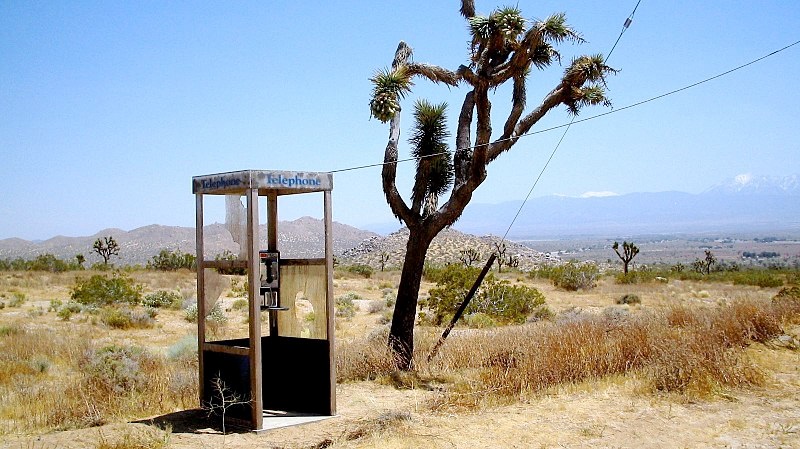 Originally set up for miners in the 1940s, the Mojave phone booth was removed in 2000 by Pacific Bell.

Located at the intersection of two dirt roads in the desert, the phone booth was miles from any building. Basically, in the middle of nowhere. It was the New York Times who ran a piece in 1999 asking “if a pay phone rings, who will answer?” The article sparked a wave of people visiting the phone booth until it was eventually removed in 2000.

Words Containing Q Not Followed By U:

When you’re bored of playing Scrabble but still want to impress your friends, you come up with something like … oh, I don’t know … a list of words containing Q not followed by U? That’s exactly what someone did on Wikipedia.

The page is pretty popular as it was nominated as a featured list article on the site.

A fun fact: there are a total of 71 words in the English language that follow these parameters. Use that for a discussion at your next event. You’re sure to be the life of the party (but probably not).

Ranked as one of the most embarrassing moments in the history of the New York Jets (Sorry, Gary Vee), the “butt fumble” was such a memorable play that it has its own Wikipedia page.

For those who don’t watch football, the butt fumble was a play where Mark Sanchez, then quarterback of the Jets, collided with one of his teammate’s rear end. The contact caused a fumble that was dubbed the “butt fumble” by fans and the media.

The funny thing is, as you can see from the video above, Sanchez ran directly into his teammate as if he did it intentionally. We know he didn’t, but that’s what makes it funny, I guess.

Wikipedia contains thousands of “listicles,” articles that are basically lists of information. An example is “list of rivers of California.”

In fact, Wikipedia has so many lists that there are listicles that contain lists of lists. An example is “list of rivers of the United States” which contains list of rivers in the U.S. by state.

I completely understand the attempt at organization, but this is just a little redundant.

Calling all Scrabble and Countdown fans. Want to really impress someone? Then learn the longest word in the English language. Can you guess how many letters?

Well, whatever you guessed you were likely wrong. The actual number is 189,819. I can only tell you that it is the chemical name for tintin as I don’t have enough room to list the full name in this article. You can also check it out on the Wikipedia page which also contains the second longest word in English which sits at 1,909 letters.

So what are your favorite strange and unusual articles you’ve seen on Wikipedia?