So, you were told by Wikipedia that your page is too promotional. You either created a page that now has an ugly tag at the top; or, you submitted a draft that was declined for being too promotional. Either way, you need to know why so you can correct the issue.

Wikipedia hates promotion. Anything that can be considered advertising or promotional in tone will be removed from Wikipedia or given a badge of shame to note it as such. Out of all the guidelines in Wikipedia you can violate, writing in a promotional tone is one of the easiest.

In fact, there are more than 20,000 articles in Wikipedia that have a promotional tone. You can’t miss them if you are browsing the site. Also, keep in mind that these are just the articles that are tagged as having promotion. There are likely 10 times that many that have not yet been tagged.

You will often see these tags when a page is written like an advertisement, containing promotional tone.

Here is what Wikipedia says about promotional tone:

“[Articles] must be written in an objective and unbiased style, free of puffery.” – Wikipedia.org

With Wikipedia editors being so subjective, it can be difficult to determine what is and isn’t promotional. However, I thought I would put together some of the reasons why the editors commonly see it as such.

No One Cares Who Your Clients Are

Often, people want to put their clients in their Wikipedia page. An example is a startup company wanting to list some of the Fortune 500 companies they have worked with.

There is a fallacy that association creates notability. Here is an example:

Some emails I receive ask me if a certain topic qualifies for Wikipedia. They then proceed to tell me that the topic is already mentioned in other Wikipedia pages and therefore the topic is notable based on that fact.

Wikipedia doesn’t care about Kardashian type fame (unless of course you ARE the Kardashians). No one cares who you hang out with or who uses your products/services.

There is no such thing as inherent notability on Wikipedia. In fact, it is strictly prohibited. Wikipedia requires that a topic be notable on its own merit, not by association.

In the picture above, including these names is very promotional as it tries to show people that you are so good that famous people use your service.

Therefore, you have to ask yourself if the topic is notable in absence of that association. If it is, then there is no need to list these associations.

When you list these associations, it is promotional in nature. No one cares, other than you, that you are associated with these topics. As such, leave them out of the page.

Too Many Peacock and Weasel Words

You will hear the term “puffery” quite a lot when it comes to Wikipedia promotion. Puffery is simply using words that make the subject of the article seem better than it is.

Puffery isn’t needed in Wikipedia. The style of writing you use should be dry, almost like you were reading a printed encyclopedia. After all, it is an encyclopedia, only online.

Puffery is normally encompassed in two types of words: Peacock and Weasel words.

The first, “peacock” words, are used as a way to promote but are not necessarily attributable to a source.

Here is an example:

Notice that the term “leading” is used to denote that is better than its competitors. Unless there is a source stating that they are better than their competition, this term shouldn’t be used. Even if there is a reference, it can still be taken as promotional and I advise you leave it out.

Therefore, the acceptable way to write that sentence is as follows:

If the firm were ranked in its industry, you could likely add a qualifying sentence stating such. Here is how that would work:

Possibly accepted: ABC Corporation is a marketing firm. It was listed as one of the top ten marketing firms in the United States by Entrepreneur Magazine.

If you want to avoid any chance of your article being tagged or draft being declined, I would leave out any type of ranking altogether and just keep it like Example 2 above.

Wikipedia editors hate peacock words. Don’t use them. Above is a screenshot showing some of the most commonly used.

“Weasel words are words and phrases aimed at creating an impression that something specific and meaningful has been said,” according to Wikipedia, “when in fact only a vague or ambiguous claim has been communicated. A common form of weasel wording is through vague attribution, where a statement is dressed with authority, yet has no substantial basis.”

An example of using a weasel word or phrase is as follows:

Incorrect: Some people say that ABC Stories is a great marketing book.

The term “some people say” is a weasel phrase in this case. Remove it and the sentence should read:

Though you may have noticed something else wrong with that sentence. That’s right, it also contains a peacock term (“great”). This needs to be removed to make the correct sentence as follows:

Weasel words are all too common when people first start editing Wikipedia. Unfortunately, they are not needed and can lead to an article being tagged and/or deleted.

Out of all the promotional articles I assist people with, the majority of them can be cleaned up by removing peacock and weasel words.

Your Awards Are Worthless

Please, for the love of God, stop adding awards to your Wikipedia pages.

No one is going to care about your awards when they come to Wikipedia. Most people just verify that you are an actual person or company. They will then move on to your website if they are interested in what you have to offer. Therefore, you are wasting your time and, at the same time, making your Wikipedia page too promotional.

However, there are times when awards are important to add to a Wikipedia page. If you won a Grammy or a Nobel Prize, these are something I highly recommend adding. In fact, it could be why you are notable, so it is essential that you add them.

However, if you are simply adding industry awards or recognition from blogs or websites, it’s going to get you into trouble with the Wiki-gods.

So, unless you have a major notable award, leave them off your page. Otherwise, it looks like you are posting a bunch of participation trophies which no one really cares about.

Too Many Details About Your Products and/or Services

If people want more information about your products or services, they can go to your website. Fact of the matter is that no one uses Wikipedia to find out all the details about your offerings.

Keep your product and services section simple. All you have to do is state what you have to offer while leaving out the minor details.

For instance, let’s say you own a company that produces televisions. All you have to do is state that you offer televisions and some of the capabilities. There is no need to list out each model and the features of each model.

If someone wants information about what you have to offer, they will go to your website anyways. People know that Wikipedia is not the most reliable or up to date so they will rarely use it to see what models of television you currently offer. It is simply a branding tool where people can verify you are who you say you are. 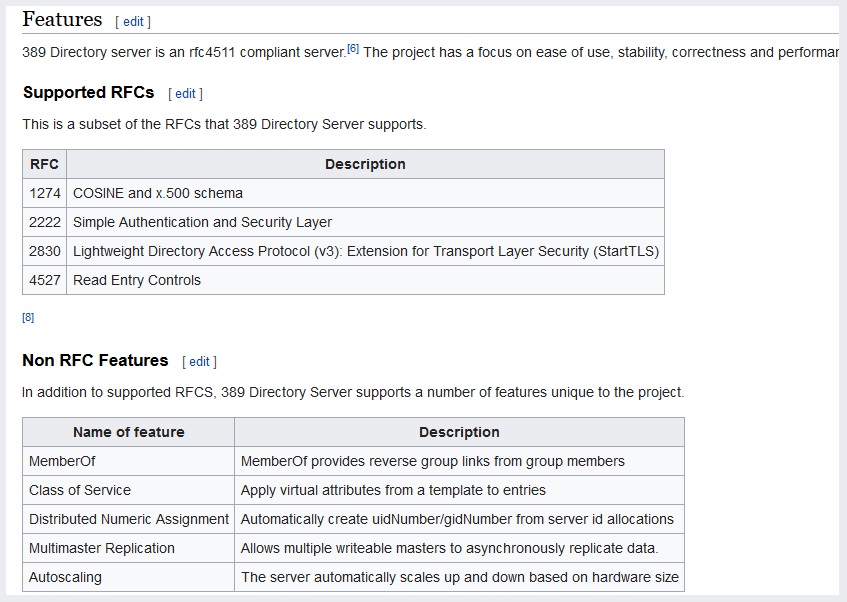 This is a classic example of having too many details about products (and yes, the page is tagged as being promotional). This is an article about a server. It uses too much industry jargon so that the common reader cannot understand what it means. These are the type of technical details that belong on the company website. No one is going to use Wikipedia to verify the features of this server.

If you have products or services, only state what they are. Just leave out the detail as no one is going to use Wikipedia to find them out.

Now that I have talked your ear off (or burned your eyes out??), I am sure you are dying to see some examples of promotional Wikipedia pages. Here are some of the low-hanging fruit I found on Wikipedia.

Many of these were tagged as being promotional or already up for deletion based on their promotional tone or notability. Note that there are thousands more that aren’t tagged but should be.

Combining Too Much Product Information with Industry Awards

This is the page for Latitude Learning which was up for deletion at the time I found it. You can see the product section which uses run-on sentences to brag about the product. Instead, it should simply state that the product is offered and a single sentence on what it does in general. By having so much information on the products, editors see it as promotional.

This page was a headscratcher, also nominated for deletion at the time I found it. Not only does this list the organization’s goals, it contains a structured box that helps explain how they accomplish such.

This is a great example of what does NOT belong on Wikipedia and instead should be placed on the company’s website instead. Remember, Wikipedia is an encyclopedia, not PRNewswire.

Anytime I see a heading of “notable clients,” I have to laugh. After all, this is subjective. Who says they are “notable” and what is the criteria used to determine they are notable?

Even if you feel your clients are notable, remember that they do not make you notable for Wikipedia. Your notability must be determined independently, so listing your clients only makes it seem like you are promoting yourself.

Wikipedia editors hate promotional tone. If you want to get your page deleted or draft rejected, use as much promotion as you can. It is a surefire way to make sure you have little to no Wikipedia presence.

After reading all of this, you may be thinking that Wikipedia pages without these types of wording are boring and dry. Well, maybe so. But, is it better to have a dry and boring page on Wikipedia or no Wikipedia page at all?

If your page is tagged as being promotional or you would like to have your draft reviewed prior to submission, contact us for an evaluation. We offer free evaluations through our contact form; or, you can contact us to set up a paid telephone consultation.