I receive a lot of questions about the “articles for creation process” on Wikipedia. Most of the queries involve how to get a draft approved through the AfC process. Many people come to me after they have already received a denial and are looking for advice on how to resubmit and ensure approval.

Well, there really is no guarantee that ANY Wikipedia draft will get approved. Wikipedia is a finicky website with so many pitfalls and it can be very frustrating when trying to create a page. However, there are some best practices that you can use to help get you through the process and your draft approved.

With that in mind, let’s take a look at how to get a Wikipedia page approved through articles for creation.

Some people don’t think copyediting is important. These are the people who also hire a cheap writer from Upwork who fails to use proper grammar or English is their second or third language. I can tell you from experience that Wikipedia editors reviewing drafts will not give you the time of day if they have to struggle to read it.

Use a website like Grammarly or have a second person review the draft. Fix any errors related to spelling and grammar prior to submission. Also use shorter sentences and avoid run-on sentences.

An editor who has a difficult time getting through the first couple of sentences of your submission will be more likely to decline it as they don’t feel like struggling through the rest of it.

When it comes to getting a Wikipedia page approved, having less information is better. Here is why.

Editors reviewing submissions through AfC are just looking for an excuse to decline them. So, if you put a ton of information in your submission, you are giving them more ammunition to use against you. Longer pages are often declined because they are:

Now, don’t let the above translate into a common fallacy. Some people try to submit stub articles and then add a lot of content once they are “approved.” Remember that “approval” through AfC does not mean the article is safe from future deletion. If you try to add a bunch of promotional material after it is approved, don’t be surprised when the article gets riddled with maintenance tags or recommended for deletion.

Use ONLY Reliable Sources

You have no idea how important this one is. Editors on Wikipedia will glance first at the references at the bottom of a submission. If they see references that are not reliable under the guidelines, they will simply decline the submission without fully reading the content.

The most common sources that will get your draft declined include:

So, if you want to get a Wikipedia page approved, stick to good sources like mainstream media.

Use Only the References Necessary 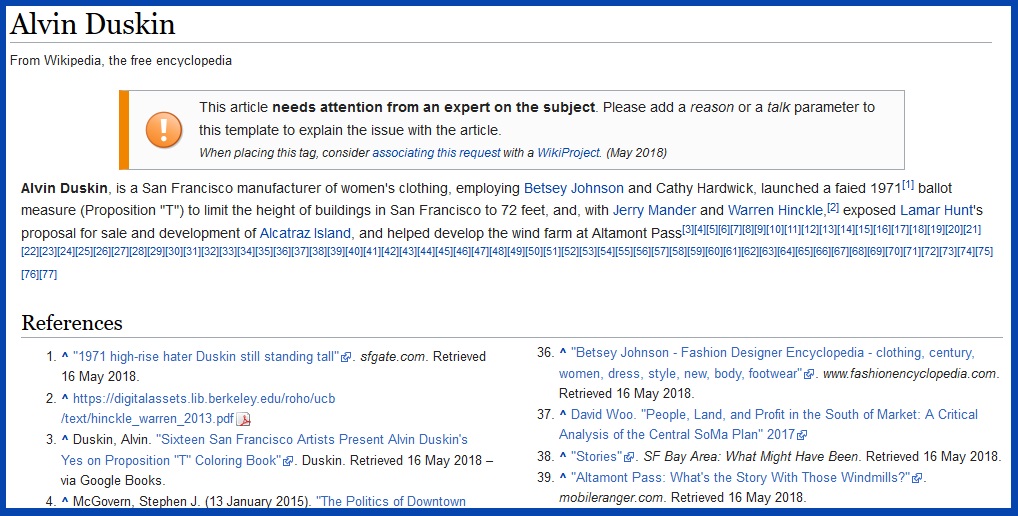 The above is an example of reference bombing. This article has 77 references to support less than 100 words of content. This is an extreme example as even two citations for the same sentence can be too many.

Sometimes a topic is less than notable so people will include a ton of references to try to make it look notable. Wikipedia editors are not stupid and see right through this tactic. Therefore, include as few references as you need to support the content and not a single one more.

What is original research?

Original research is defined by Wikipedia as “material – such as facts, allegations, and ideas – for which no reliable, published sources exist.”

Wikipedia relies on what reliable secondary sources say about a topic. Original research happens when someone introduces content into a Wikipedia article that is NOT in a secondary reliable source. Original research often takes the form of synthesis which is when editors use partial information from different sources to create new information that is not in the source.

Here is an example that Wikipedia gives on original research and synthesis: 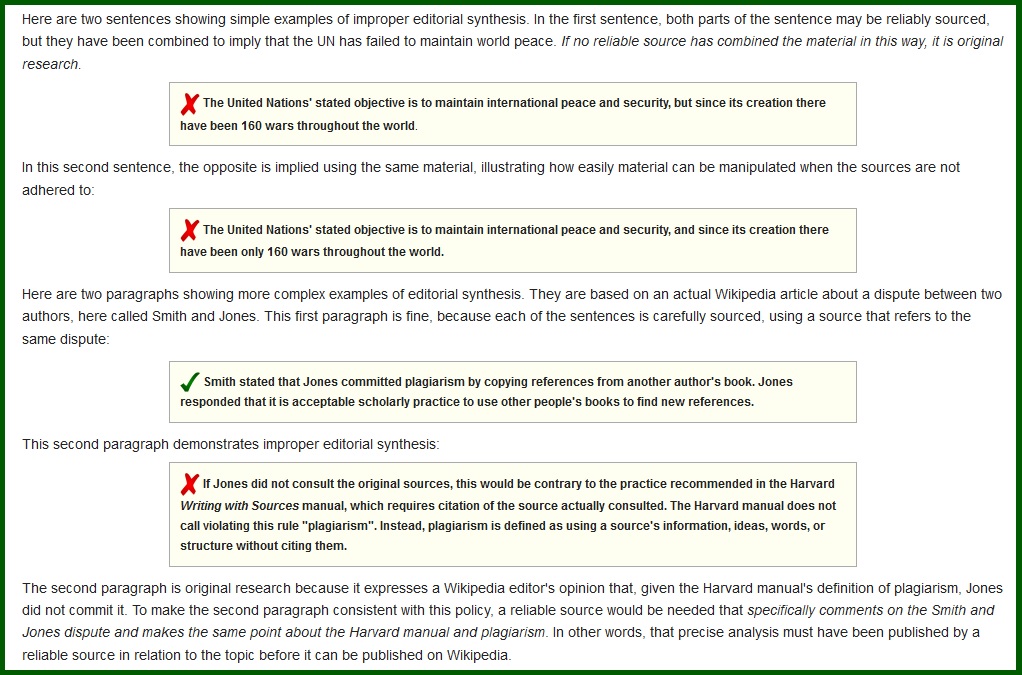 Remember; only state what is written in the reliable source. Even if something is logical or obvious, it MUST be stated in the source in order to be included in the draft. Using synthesis is a great way to get your article declined through the articles for creation process.

Remove Anything that can be Considered Promotional

Promotional tone is another common reason for a draft being declined through AfC. If you want to get a Wikipedia article approved, you will need to eliminate all promotional content.

However, promotional content is sometimes defined differently by Wikipedia than in the real world. It is also subjective and, unfortunately, we have to rely on the reviewer’s definition of promotion. Keep that in mind when writing your draft.

For a better understanding, you can refer to our guide on why your Wikipedia page is considered promotional.

Final Thoughts on Getting Through Articles for Creation

There is no such thing as a perfect Wikipedia article or a perfect draft. Wikipedia editors know this and do cut a little slack when reviewing articles for creation. However, even with a little leeway, you need to make sure your draft incorporates some best practices to help speed up the approval process.

Make sure to stay away from over-promotion and use only reliable sources. Also keep the draft short with only the required content to get approved. While there are many other things that make a good draft, the ones detailed herein will put you further ahead than the majority submitted to Wikipedia.

If you are having issues with a draft you submitted or would like to have a review of your draft prior to submission, contact us for a quote.